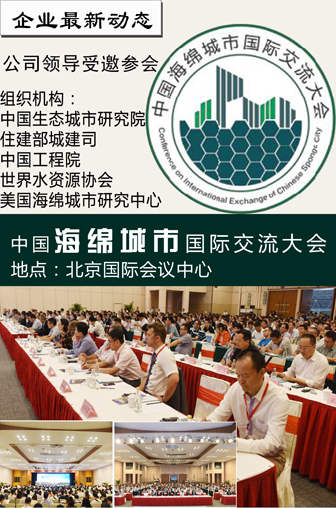 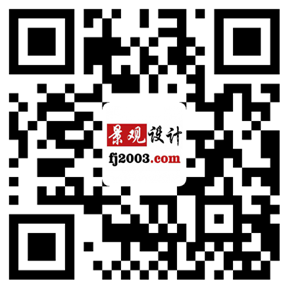 分类：
行业动态
2014/08/16
浏览量
【摘要】：
该竞赛由明尼阿波利斯市公园与游憩委员会、公园基金会和明尼苏达大学设计学院以及WALKER艺术中心共同发起，是明尼阿波利斯市历史上最隆重的设计竞赛。共有55个来自世界各地的顶尖设计团队参与了决赛资格的角逐，最后包括土人设计在内的4个设计团队入围，其他三个分别是：纽约肯史密斯（KenSmith）工作室、波士顿STOSS景观都市主义和伯克利汤姆（TOM）领袖工作室。  该竞赛将为从历史上着名的市中心密尔
该竞赛由明尼阿波利斯市公园与游憩委员会、公园基金会和明尼苏达大学设计学院以及WALKER艺术中心共同发起，是明尼阿波利斯市历史上最隆重的设计竞赛。共有55个来自世界各地的顶尖设计团队参与了决赛资格的角逐，最后包括土人设计在内的4个设计团队入围，其他三个分别是：纽约肯史密斯（Ken Smith）工作室、波士顿STOSS景观都市主义和伯克利汤姆（TOM）领袖工作室。
该竞赛将为从历史上着名的市中心密尔区的石拱桥（Stone Arch Bridge）绵延到城市北端5.4英里长的密西西比河两岸的220英亩的公园、相邻社区和商业区，提供一个21世纪的设计方案。基于原创性思考、科技、社区投入、财政和环境责任，该方案将展示面对不断增长和多样化的居住和商业人口以及经济和环境的压力，优秀的设计如何为密西西比河上游滨水地区提供一个满足当前和未来世世代代需求的发展方案，将公园作为经济发展的引擎，将河流作为连接东西岸的纽带而非屏障，使明尼阿波利斯因密西西比河而闻名。
按照竞赛日程，土人设计团队将赴美国明尼阿波利斯市，于2010年11月29日起进行场地考察，包括与当地政府管理部门、居民以及游客之间的各种交流活动。最终设计方案将与2011年1月27日提交评委会并公示。
详情请参见竞赛官方网站
MR|DC SHORT‐LISTS FOUR WORLD‐RENOWNED LANDSCAPE AND URBAN DESIGN TEAMS
Ken Smith Workshop, Stoss Landscape Urbanism, Tom Leader Studio and Turenscape Will Each Create An Overarching Vision for the Minneapolis Riverfront Design Competition
MINNEAPOLIS, Minn., November 8, 2010 – Four award‐winning landscape and urban design teams from as far afield as Boston, New York City, Berkeley and Beijing will meet in the middle when they compete in the Minneapolis Riverfront Design Competition （MR|DC）. The teams – Ken Smith Workshop|New York City, Stoss Landscape Urbanism|Boston, Tom Leader Studio|Berkeley, and Turenscape|Beijing – were short‐listed from a pool of 55 responses to the MR|DC Request for Qualifications, which included many of the world's leading urban and landscape design firms. MR|DC, the largest design competition in Minneapolis history, will produce a 21st‐century parks design for 220 acres of parkland and surrounding neighborhoods and business districts along both sides of the 5.4‐mile stretch of the Mississippi River from the Stone Arch Bridge in the historic downtown Mill District to the city's northern limits. The competition is cosponsored by the Minneapolis Park and Recreation Board and the Minneapolis Parks Foundation, with Creative Partners, the University of Minnesota College of Design and the Walker Art Center.
”The historic, cultural and spiritual significance of the Mississippi River to Minneapolis and the world, coupled with the opportunity to bring innovation and creativity to the project, drew interest from award‐winning teams from five continents and 14 countries. The four teams we short‐listed comprise innovative and inspirational people who will work very hard to create great concepts for the Minneapolis riverfront,“ says Bill Morrish, MR|DC jury member, and Dean of the School of Constructed Environments and Associate Dean, Parsons The New School of Design in New York City. The teams' collective work includes award‐winning riverfront and industrial reclamation park projects, in places such as Shanghai, Memphis, Toronto, New York City, Dubai, Milwaukee and London. MR|DC challenges the design teams to create an over‐arching vision for the Upper Riverfront that builds on the Park Board's award‐winning 2000 master plan and addresses current demands as well as future needs. The winning design will be a comprehensive, integrated vision for the Upper Riverfront that establishes parks as the engine for economic development, transforms the river into a connector rather than a barrier between east and west banks, and refocuses Minneapolis toward what is one of the three great rivers of the world.
”Today, a growing and diversifying residential and business population, as well as economic and environmental pressures, require new‐century parks infrastructure and programming,“ says Cecily Hines, President of the Minneapolis Parks Foundation, a co‐sponsor of MR|DC and creator of the ”Next Generation of Parks“ initiative, of which MR|DC is the first demonstration project. ”The Minneapolis Riverfront Design Competition will demonstrate how great design, based on innovative thinking and technology, community input, and fiscal and environmental responsibility, can produce a vision for the Upper Riverfront that meets the demands of current, and future, generations.“ Each team will be awarded $30,000 for fees, travel and materials to complete its design, which are due January 21. The teams will visit Minneapolis twice: first for a three day exploratory visit beginning on November 29, and again in the new year to present their designs to the MR|DC jury and to the public on January 27.
The public will be invited to respond to a ”Designer Ask“ online and printed survey following the first team visit, and at a community meeting at 7:00 PM on December 7 at the Minneapolis Park and Recreation Board headquarters. The Walker Art Center will host a video reel of the submitted designs for two weeks, beginning January 27. For more information about MR|DC, included studio and project summaries and work samples from the competing teams, please visit our website at http://www.minneapolisriverfrontdesigncompetition.com.
About the Minneapolis Park & Recreation Board
With 182 park properties totaling nearly 6,732 acres of land and water, the Minneapolis Park and Recreation Board provides places and recreation opportunities for all people to gather, celebrate, contemplate, and engage in activities that promote health, well‐being, community, and the environment. Each year, approximately 18 million visits are made to the nationally acclaimed Minneapolis park system. Its urban forests, natural areas and waters endure and captivate. Its Grand Rounds National Scenic Byway, neighborhood parks, recreation centers and diversified programming have made the Minneapolis park system an important component of what makes Minneapolis a great place to live, play and work. To learn more about the Minneapolis Park and Recreation Board, visit www.minneapolisparks.org.
About the Minneapolis Parks Foundation
Minneapolis Parks Foundation is an independent philanthropic nonprofit helping to shape the next generation of parks and green spaces in Minneapolis, with the goal of ensuring that our park system will be as powerful an amenity in the future as it has been in the past. Building on the visionary approach of our park system's founders over a century ago, the Foundation seeks to foster, through partnerships and collaborations with governmental entities, businesses, and other nonprofits, a systemic and sustainable approach to parks planning and design which addresses the needs and preferences of our changing world.
关键词：
上一篇：
犹如中国画里的庭院景观邀您共赏
西湖申遗面积4235.76公顷 由6大景观要素组成
下一篇：